How to Play Chess

Welcome to my tutorial on how to play the game of chess. In this article, you will learn the following:

Look at the diagram below: 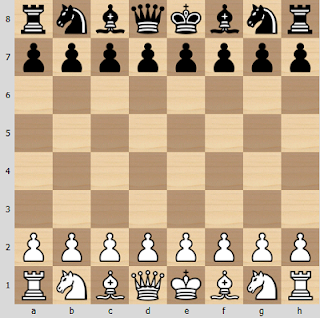 This is the standard set-up for chess. Notice the following:
In this particular diagram, you can also see coordinates. We will use these to describe piece movements in what is called Algebraic Notation. This is the standard "language" to write chess moves and you can learn it in this article about chess notation on the Chess.com website.

General Rules and Order of Play

Before we learn how the pieces move, here are a few general rules.

Let's go over how the pieces move. Here are a couple points for you to note about all of the pieces:
At the end of this article, we will view a famous game played by masters to see how all of these rules are put together.

The pawn, the humble footsoldier in the chess army, has a variety of moves it can do in certain situations. We'll cover each of them:

First Move
On its first, pawn can either move one or two spaces forward. After its first move, it can only move one space forward. 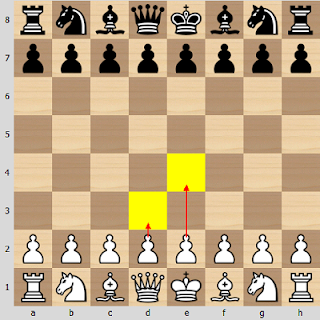 Capturing with the Pawn
Unlike the other pieces, which capture using their general movement rules, the pawn does not capture other pieces by moving forward. They capture by moving diagonally one square.

Look at the diagram below: 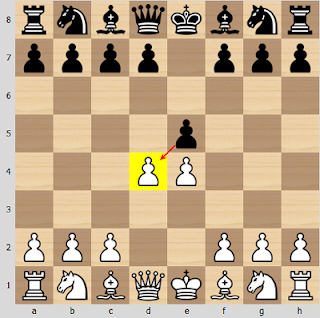 Capturing En Passant
This is a special move for the pawn in specific situations. En Passant is French for "In Passing." Here is the general rule for capturing en passant:


Use the diagram below to move through an example demonstrating en passant (click on either the arrows or the move notation to see the pieces move.

Pawn Promotion
The humble pawn has a special move where it can be promoted to become another piece if it reaching the 8th rank. It can become a queen, rook, knight, or bishop. Check out the diagram below for examples of how this is done.
So hopefully this gives you a good idea of how to move the pawns.

The rook can move in four directions: forward, backward, and to either side. Note the diagram below: 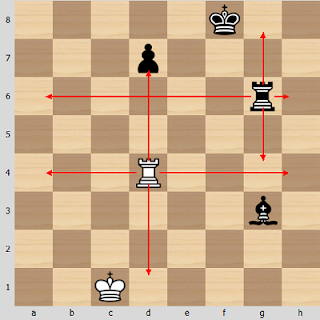 In this diagram, you can see:
The rook also has a special move in tandem with the king, called "castling," which we will discuss below when we discuss how the king moves.

The knight is perhaps the toughest piece to explain in words, but fortunately a picture makes it easy. Basically, the knight "leaps" in an "L" shape:
Consider the following diagram, which illustrates the movement of the knight. 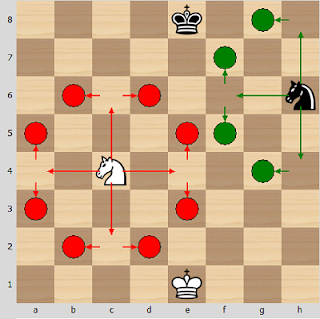 Notice that the Black knight on h6 can only get to four squares while the White knight can reach its maximum 8 squares.

The bishop moves diagonally. Like the rook, it can move until it either runs into one of its own pieces or it can capture another piece (and of course it can stop at any point before this). 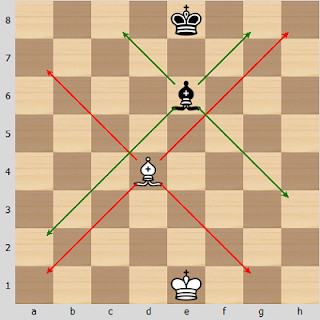 The queen combines the powers of the rook and the bishop as she can travel up-and-down, side-to-side, and diagonally. This makes the queen the most powerful piece (in general). 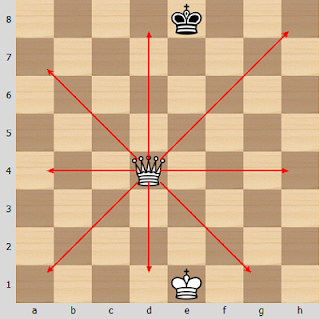 The king can move in any direction exactly one square. There are a couple special rules for the king: 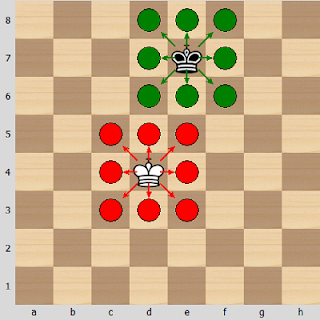 Castling
The king has a special move - typically used to get the king to safety. This move is called castling. The maneuver goes like this:


A couple rules regarding castling: 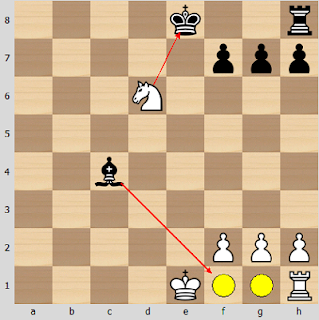 In the diagram above, it is Black's turn to move. Black cannot castle because the king is in check from the knight.

If it were White's turn to move, White would not be able to castle because the king must pass through the f1 square, which is attacked by the Black bishop on c4.

The Objective of the Game and Ending the Game

The ultimate goal for every player is to checkmate your opponent's king. As mentioned in our king section earlier, checkmate occurs when:
Example #1
Consider the following diagram: 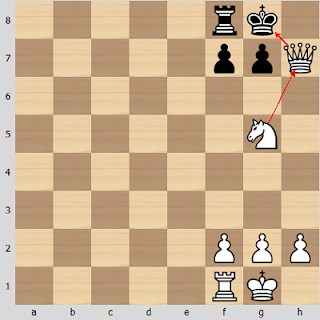 It is Black's turn to move. This position is checkmate.
Example #2
Check out the diagram below: 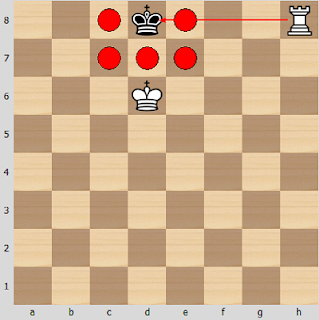 Here is another checkmate position:
Example #3 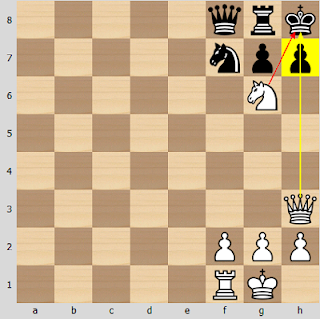 Let's see:
This particular checkmate pattern is an example of a "smothered mate." We will cover common mating patterns in another article.

Checkmate is not the only way to end a chess game. The game can also end in a stalemate, which is a draw. Take a look at the following position: 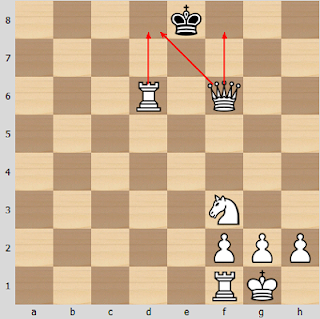 It is Black's turn to move. In this position we can see:

If both sides lack the material force needed to deliver checkmate, then the game is drawn. For example, consider the diagram below. 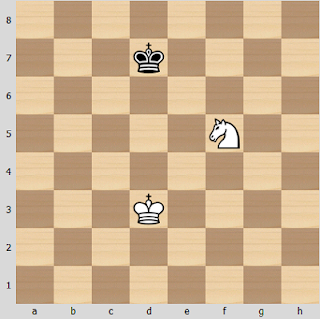 In this position, despite being ahead by a whole piece, this game is drawn as a lone king and knight cannot checkmate the opposing king.

Note that if the knight were a pawn it may not be drawn as White may potentially be able to promote the pawn to a piece that could deliver checkmate with the king.

Other Ways to End a Game

The game may be ended a few other ways:

Here is an example of a famous game played in the 19th century. You can see how the player with the White pieces - Paul Morphy - puts the moves together to checkmate his opponent. Paul Morphy was one of the strongest players in the early years of chess. This game was known as Morphy's "Opera Game" and Paul Morphy played the duo of Count Isouard and the Duke of Brunswick.

I hope you found this tutorial helpful. Here are a few tips on how to learn more about chess:
Posted by Bryan
Email ThisBlogThis!Share to TwitterShare to FacebookShare to Pinterest